Skip to content
The Women’s World Cup…The Games, The Mindset, The Future 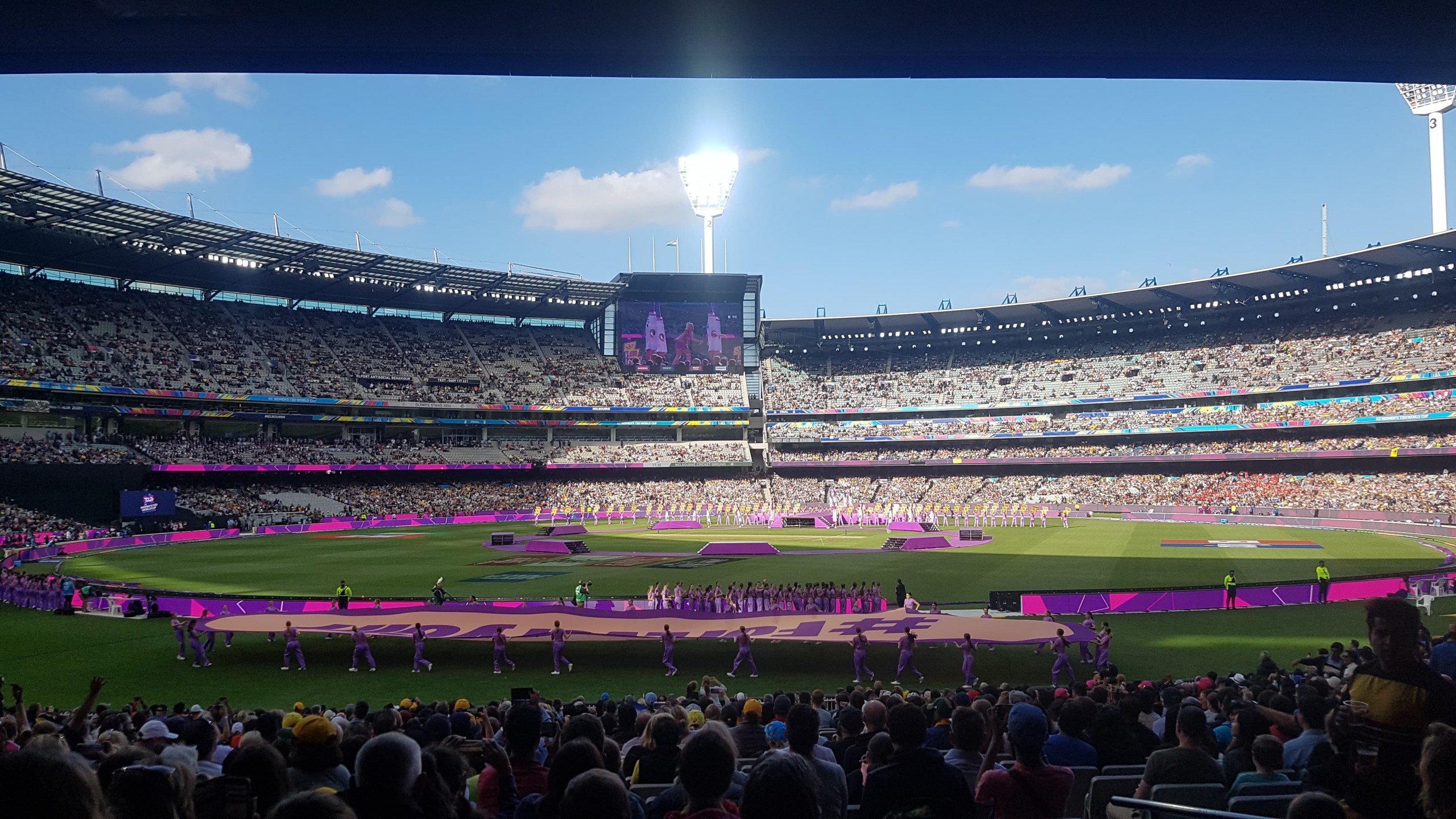 A photo of the MCG from the World Cup Final

The most anticipated women’s world tournament held in Australia; who are arguably the leaders and trend setters of the game. With the women’s big bash being forever increasing in popularity over the last 5 years, this world cup was set to break some records and attract new audiences to the game.

The competition started on the 21st February with the Aussies taking on India at the SCG. Having played each other recently in the tri-series beforehand, the two teams were well acquainted and it was set to be a fierce match. Australia won the toss and decided to bowl. The young and explosive Shafali Verma instantly made an impact with her clean striking and shots down the ground scoring 29 off just 15 balls.  India scored 132 for 4 with Deepti Sharma missing out on her first international T20 fifty scoring 49* off 46 balls. A competitive total was set. In come the Aussies; with a deep and powerful batting line-up. Alyssa Healy prior to this game was out of some form; but she showed her class and experience at the top of the order with a 51 off 35 balls. A few low scores do not make you a bad player; she continued to trust her skills and continue playing the way that has made her successful rather than being reactive to her recent dismissals. The run rate was ticking over; but in comes Poonam Yadav, a leg-spinner who flights the ball well with batter’s becoming stuck at the crease. She caused some damage to the batting line up, taking regular wickets, finishing on 4 for 19, becoming the player of the match and the Indians taking the first win. The competition was already alive!

With the tournament being played over 16 days, games were coming thick and fast, and every game seemed to be of high importance keeping everyone on the edge of their seats. The most exciting moment for the women’s game, was the introduction of Team Thailand to the world stage in their first ever World Cup. The spirit of the game was well and truly exercised, seeing New Zealand, and various other past players like Charlotte Edwards give advice on the game, the tactics and mental attitude needed to achieve success on the big stage. Thailand are here to stay; and undoubtedly this tournament has given them the push to work on their skills, put in the hard work and keep improving. They have ignited a real change in the game back in their home town.

Group B had settled their two semi-finalists with South Africa and England, yet there was a quarter final happening in the other between the home team and New Zealand. Whoever wins this, would be guaranteed a semi final spot. The kiwis won the toss and elected to bowl. Beth Mooney has been in great form, and in a game with high stakes, she delivered again scoring 60 off 50 balls. Pressure was no issue; she continued to play her strengths with a 100% commitment. The top order all contributed, accumulating 155, a competitive score to chase down. Sophie Devine the most destructive batter in the competition; needed to lead from the front and have a good start. New Zealand built a few good partnerships of 20+ scores, however the young leg spinner Georgia Wareham stepped up under pressure taking 3 wickets for 17, which was also supported by Megan Schutt’s 3 for 28. New Zealand, fell just 5 runs short of making the semi-finals, but many positives for this nation who are on the up!

With the semi-finals on Thursday 5th March, both South Africa and India are the two teams who have never reached a world T20 final. It was all to play for. With plenty of rain around and no reserve day; the teams would play the waiting game. Unfortunately, England’s chances of reaching the final were cut short without a single ball being bowled due to the rain, something out of their control. How would you react to this situation? Put yourself in their position, and analyse what emotions you would go through, and how you would handle the them? Visualisation and imagery are strong techniques that help you prepare for different scenarios. Give it a go.

India sail through. Australia vs South Africa; a stop start game, led the Saffas needing 98 runs off 13 overs. Job done, the Aussies defended their score and make yet another T20 final, showing their class and managing their skills when it really counts. Having a strong domestic T20 competition, many of the players in the squad have experienced high pressure games. By reflecting what you done well in such experiences, has allowed them to find routines and calmness in high adrenaline moments. It’s important to practise under pressure, to help prepare yourselves for such games. This is now put to the test in the final… 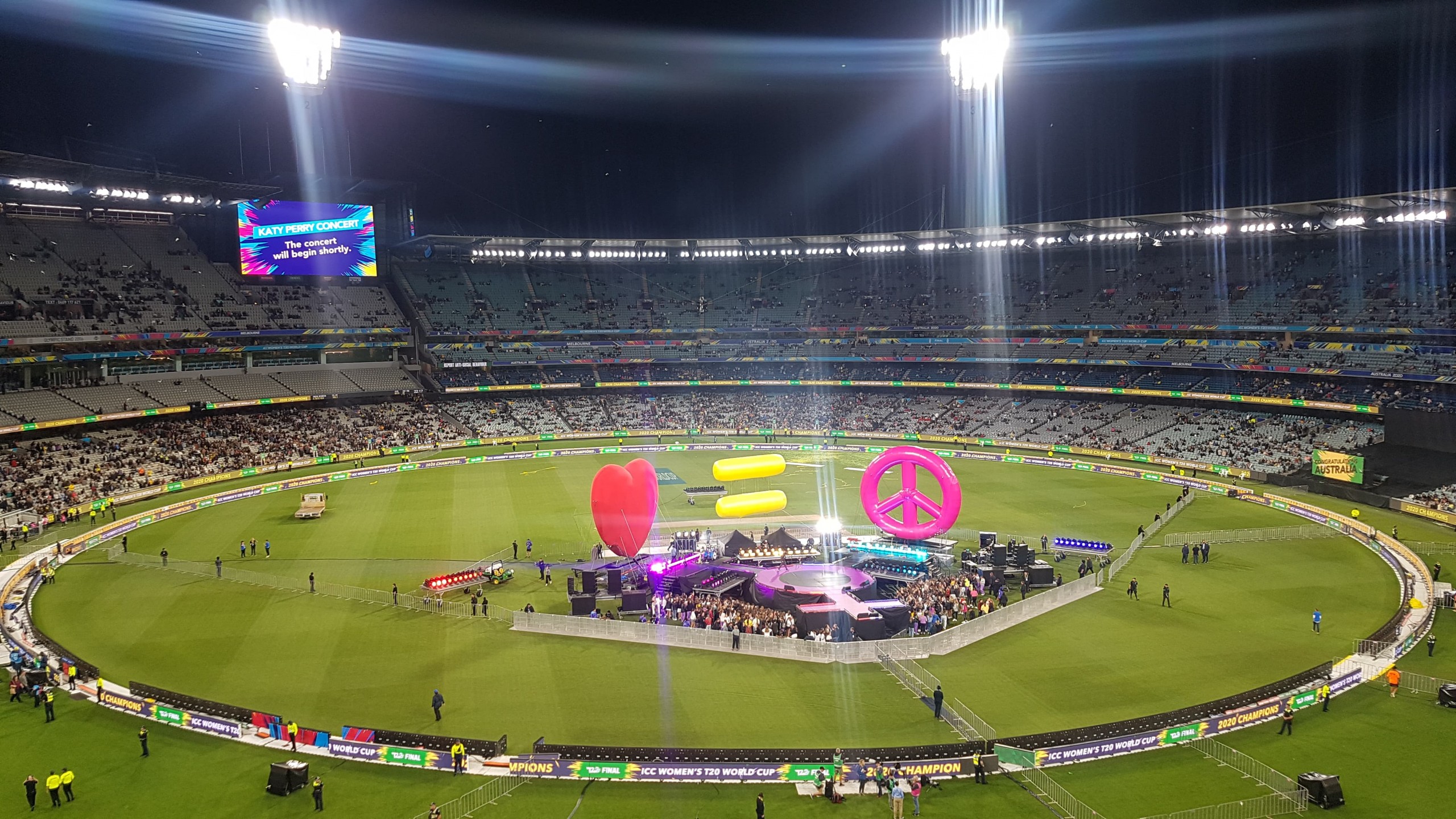 So, here we go, 2 big nations, India vs Australia at the MCG on International Women’s day and Katy Perry headlining the night. 86,000 people came to join a momentous occasion in women’s sport and created an atmosphere like no other. Human dancing cricket bats, Katy Perry’s firework performance and the national anthems creating a much-anticipated final build up; the stage was set. The Aussies had some luck at the start of their batting innings, and from there they continued to capitalise on their second chances. A sign of grit and determination to make their moment count. Alyssa Healy and Beth Mooney put on a first wicket partnership of 115. A highlight was Healy’s 3 sixes in row, and the shot of the day hitting one over extra cover! And there on, 188 was the score to beat. India were in trouble from the start; their nerves got the better of them from ball one and created for a difficult task. With wickets tumbling, Australia put on a clinical performance taking all 10 wickets. The crowd roared; the players all sprinted, the celebrations began! The Australian women defended their T20 Trophy on home soil with many new fans behind them; it really was the start of something special.

Take a moment to step into any of the Indian players shoes. Nerves were around. Imagine yourself, standing at extra cover; soaking up the atmosphere, phone lights shining in the crowd and a 3 tier Mexican wave… How would you zone into the white leather cricket ball in the middle? Take a seat, somewhere relaxing with no distractions. Imagine hearing the noise, what the players are wearing, how the ground feels, the weather. Take a few deep breaths; calm yourself down, and zone into that white ball. Are you ready for that catch? Visualise yourself getting into a set position, hands ready and watching that ball all the way into them. Did you catch it?

Shafali Verma, only 16 years old with so much talent, felt the pressure here. However, she would never have experienced something like this and most of us won’t. But we will experience high pressure moments and It is important to prepare for all scenarios. Actively practising imagery will give you the tools to cope anywhere.

So many exciting games and moments of brilliance; with more to come with every series and competition in the future. But what is the real reason for this? How do these female athletes cope with pressure? The investment in the women’s game has increased substantially, and I truly believe this has created more time for female players to work on the game technically, tactically and more importantly mentally. Prior to professional contracts, many players would work a second job. Mentally this is taxing. Now having the time to focus on their goals, it has allowed many players to develop their skills successfully under pressure. There is more confidence shown, than ever before. Athletes backing themselves and trusting their processes, makes for more conviction; as the tournament accumulated the most ever sixes; 76 in total.

The women’s T20 world Cup this year is a catalyst for the future of women’s cricket, and it certainly looks incredibly exciting. With more interest than ever before across the world, no doubt, there will be 100s of thousands or even millions of young girls experiencing the game for the first time. With a real clear pathway to making cricket a professional career, young girls can now aspire to make their passion a reality.

With India now having made the 2017 and 2020 world cup finals, we are not far off from seeing a big women’s IPL competition. This year BCCI are set to have 4 teams in their t20 franchise competition this year showcasing more talent on the big stage. Other nations are now starting to investing in the women’s game, which is only going to strengthen up the pool of players, and make competitive tournaments in the future.
For me personally, at a time where I was deciding between pursuing my career in cricket, with there being signifacnt changes in the Pathway in England and the announcement of domestic proffesional contract, it is now the best time to stay involved, work hard to make sure that I can have a cricket career in the near future. The fire to is still alive for myself and many girls back home to try and play at the highest level possible with there being more support than ever before. It truly is the start of something special across the world!

Female athletes are on the rise; and we are not done just yet. It is an exciting time; whether you are retired or just starting out; there are now endless opportunities. Get involved; work hard at your craft and enjoy the process. You never know where it can take you; one day it could be you dancing with Katy Perry on stage with fans wanting a selfie every 5 minutes because of the athlete that you are. 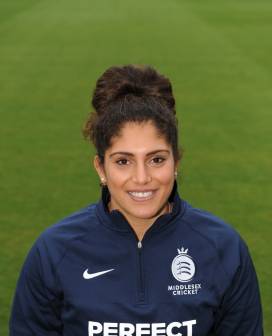 Naomi Dattani is an English professional cricketer for Middlesex CCC and has captained the side for the past 3 seasons. She is also a member of the London Spirit in the upcoming Hundred competition and previously represented the Western Storm who were 2019 Champions of the Kia Super League. She holds a Level 2 ECB coaching qualification and has a degree in Sport and Exercise Science. Her coaching philosophy is a combination of her playing experience, having worked with some of the best female cricketers in the game, and her understanding of how physiology and mentality play a huge role in an athlete’s development and life away from cricket. She is very passionate about helping share her learnings from her journey and helping other cricketers become their best – on and off the field.