Pace. It’s an overused word, pace, used by pundits across the world, but rarely is raw blockbuster stuff. Until now. After nearly a decade of watching batting dominate the short-form game, it seems a turnaround is very much on the cards. A pace-bowling revival, full of exhilarating, blood-pumping spells is on its way, the sort of nail-biting low-scoring-thrillers where an extra 5kph tilts the balance in your side’s favour. What must it be like to be able to do something athletically that so few can? In a battle with the mind, body and pain, fast-bowling presents one of the toughest challenges in sport. The rewards though are immense-a chance to flirt with the greats and stand among the great pantheon of quicks that have come before. Sure it’s a batsman’s game-but fierce quicks are making a resurgence. And just in the nick of time.

It came to bear in the World Cup, where all the pressure building was present throughout the tournament, and then in the latter part, came two moments of definitive brilliance. 22 June, Old Trafford under lights and New Zealand’s semi-final place is on the line. Lockie Ferguson – the Black Cap’s emerging quick had turned out to be their ace in the pack, but his country needs him now more than ever. Black shoes to go with the black kit and a mo to die for complete the old school look, and he didn’t disappoint. The ball itself was sublime, but the barrage that came before was better, a real inspiring spell, as Hetmyer and skipper Holder fell in consecutive balls. The slower-ball to Hetmyer was sublime, well directed-leaving Shimron on his haunches and Ferguson clapping at the audacity of it all.

The second was simple brilliance, with Mitchell Starc to the fore against the old enemy. Ben Stokes needs no introduction and here he was threatening to steal the show once more. Enter Starc with a 150Kph in-ducking yorker that flattened the stumps: and English hopes.

The show went on as quicks continued to steal the show. Shaheen Shah Afridi- who has more than a hint of Wasim Akram about him-blew Bangladesh away in classic Pakistani fashion. 6-35 wasn’t bad for a nineteen-year-old. Pat Cummins was as miserly as ever and leader of the English attack Chris Woakes was toxic with the new ball, as was Trent Boult. In a tournament, many expected to be dominated by the bat on wickets that generally skid on, an outstanding set of bowlers ensured this would not be the case.

Five months later and the highly anticipated Big Bash came around as the big guns arrived on Australian shores, including South African veteran Dale Steyn, who remained a constant threat with his slower ball then short ball method. Tom Curran’s and Daniel Sams variations were potent weapons for their sides and the glimpses we saw of Josh Hazlewood were invigorating to watch and went a long way to the Sixers title win. Tasmanian Riley Meredith was explosive and used his speed to great effect before injury cruelly cut short a season that looked very promising.  Skiddy seamer Nathan Ellis wasn’t to shy away from the big stage, bowling at the death in two high scoring thrillers.

Throughout the summer, the significance of death bowling could not have been more palpable. 3 super overs in a two month period of international cricket meant executing in the latter parts of the innings was vital for the 1 percent margins.

It was in that summer that Australia started to develop an idea of their first choice white-ball attack, and with a T20 world cup on the horizon, it seems just in the nick of time. Seven-foot giant Billy Stanlake impressed with pace, bounce and execution and the experienced campaigners Pat Cummins and Mitchell Starc were as lethal as ever.

But perhaps the most exciting aspect of the whitewash over Sri Lanka and Pakistan was the athleticism fielding from the quicks. The quartet of seam bowlers used were outstanding on the boundary, a snapshot of how much cricket has changed in the last decade.

And yet, there’s never been so much scrutiny from the media than now: mentally being able to ignore all the outside noise is a key asset to any bowler wanting to succeed at the highest level. There is so much more than talent required to compete against the best quality. “The battle isn’t with the guy twenty-yards away, it’s with yourself,” Glenn Mc Grath was quoted saying during Sky Sports’ “Mind Games” production. As soon as doubt kicks in the game quickly slips out of your grasp.

So much of this comes down to preparation and repetition- bowling a ball so many times you feel you have the best possible chance to execute with games going down to the wire. Brett Lee talks about locking the ball you are going to deliver at the top of your mark and being fully clear this is the right choice. Scolls talks a lot about willingness to fail in order to succeed and this is no different. Visualise the ball that you want to bowl and make that the most important at the time-preparation then execution.

With so much video analysis around these days, experimenting with different deliveries is crucial so in a pressure situation you can keep the batsman guessing. Bluffing is a method more and more teams are looking at- setting a field for short bowling but bowling a yorker. There is a fine margin between using your strengths to advantage and bowling to the conditions and the situation.

They say to fully understand you need to have made mistakes at some point in your career. Ben Stokes in Kolkata on that night missed his mark and paid the price-Carlos Braithwaite “ remember the name?” Being no stranger to heartbreak helped Stokes and in his golden summer on that night in July” he was able to pass on some of that experience to Jofra Archer. “ What happens here won’t define your career.”

It seems that this mindset to back your instincts is the best possible recipe for success in the shorter-form of the game. In front of 80 odd thousand at the MCG who will step up, go the distance and learn the lessons? Who will blink first-you or them?

The truth is, for the last five years we have been treated to some of the highest quality of hitting and record-breaking sides pushing the boundaries of cricket. Morgan, Finch, Kohli, Williamson have led their sides brilliantly, but the signs are that we could be entering a bowling resurgence with the best quality of pacers available. T20 leagues around the world have ensured that playing in front of sell-out crowds is a normality and pressure is almost second nature to players across the world.

Undoubtedly the most scrutiny from the media and fans comes from India, the country where Cricket is the religion and greats are worshipped. And so, on a December night in Kolkata, the annual auction took place, where massive contracts beckon, as does a ticket to the biggest T20 league in the world.

The headline that night was Pat Cummins, who at $2.2m is the most expensive overseas player ever.  Yet another chapter in the incredible story of the New South-Welshman. After taking six wickets in Jo’burg in his first test, he became the wonderkid, on top of the world and the next big thing. He would not play another test for six years. Throughout those years out of the game, including time spent in university, he would never lose sight of the ultimate goal; to play cricket for Australia again. After his return in India in 2017, the rewards for the hard work that came before. At the start of 2018, Cummins was ranked 36 in the test bowling rankings. It took him 16 months to rise to no.1 and is fourth on the one-day rankings. Arguably no bowler is more valuable in all three forms of the game.

Josh Hazlewood, Nathan-Coulter-Nile and Oshane Thomas also picked up big gigs, while the Curran brothers both bagged good deals. Oh, and did I mention the small matter of Dale Steyn? Quicks that could bat stole the show and are likely to be critical in this year’s IPL.

It appears there is a chance though, with the tournament postponed to April 15th and safety concerns surrounding travel to India that this year’s competition won’t go ahead. We can only hope that the conditions are safe enough for international stars to travel.

Come to think of it, Cummins and Hazlewood, who both picked up IPL contracts, don’t follow the pattern of great Australian quicks. Neither is particularly fearsome nor possesses the same wild qualities that we’ve come to expect- Lee, Johnson and all the rest. It is this though that makes the transformation from the longest form to the shortest so seemingly simple. The ability to execute plans time and time again and not stray in line looking for the perfect ball. You know what you’re getting. With Cummins, for example, you’re not going to get a Starc inswinging yorker nor a leg-stump half volley. Every single ball, perfectly planned, superbly executed.

In the recent lone ODI against New Zealand, Cummins had figures of 0-12 off 4 overs by the time the wicket came about. Guptill forced to prod at a well-directed short ball-the catch from Smith was outstanding, the lead-up was simple class. No words spoken, everything said. On home soil, with the wind behind their backs and the odds stacked in their favour, Australia have announced themselves as firm contenders for the upcoming T20 World Cup. With so much talent elsewhere in the pace department internationally, it’ll be no easy ride. 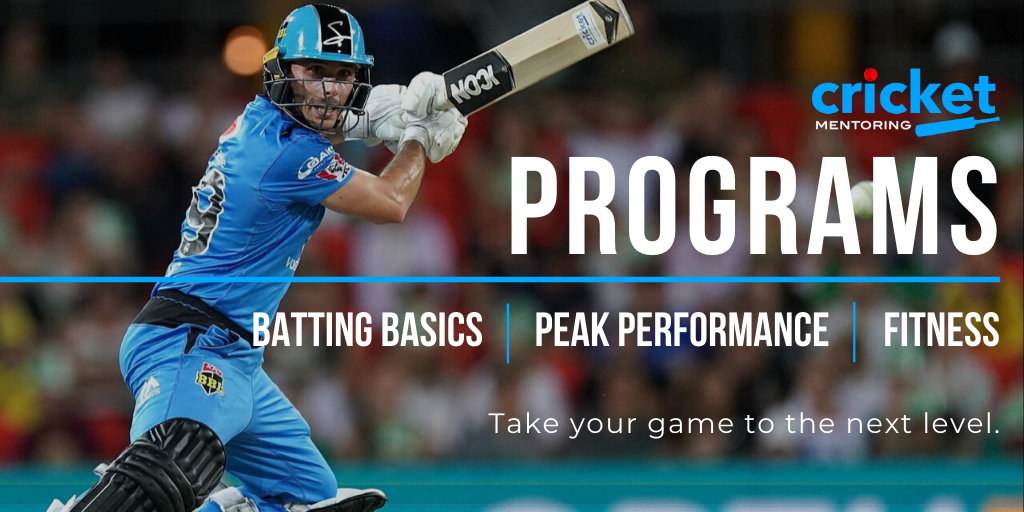 The best of the rest…

Jasprit Bumrah’s raw pace and canny slower balls mean batsman are always second-guessing against him, along with a searing yorker tailor-made for the death

New Zealand’s mister reliable Trent Boult is currently the top bowler in one-day cricket and remains lethal with the new ball- the famous inswinger has accounted for Virat Kohli twice in the last year.

Kagiso Rababa is the definition of hostile and will be toxic on Australian quick wickets in the World T20.

Sheldon Cotrell left-arm variations are key up the top of the innings and will be hoping to get the salute out more in the next twelve months. 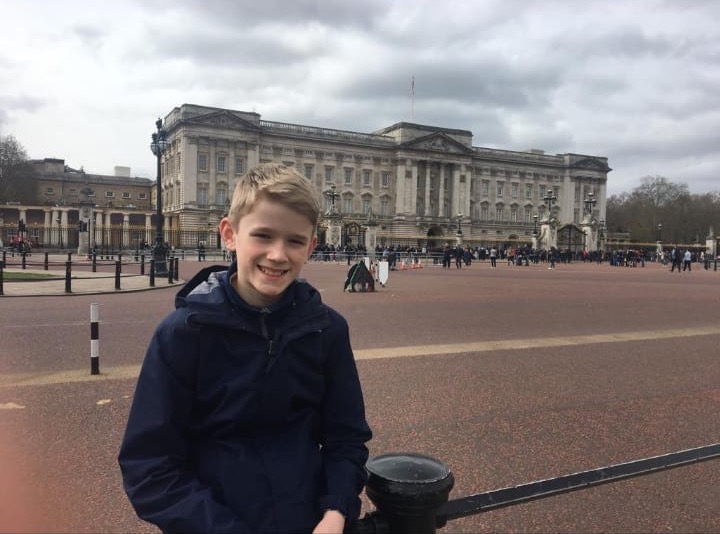 Ben Hobbs is a 12 year old boy from England who loves cricket and writing about cricket. He plays for Northumberland in England’s north and hass a member of the Cricket Mentoring community for the past couple of years.