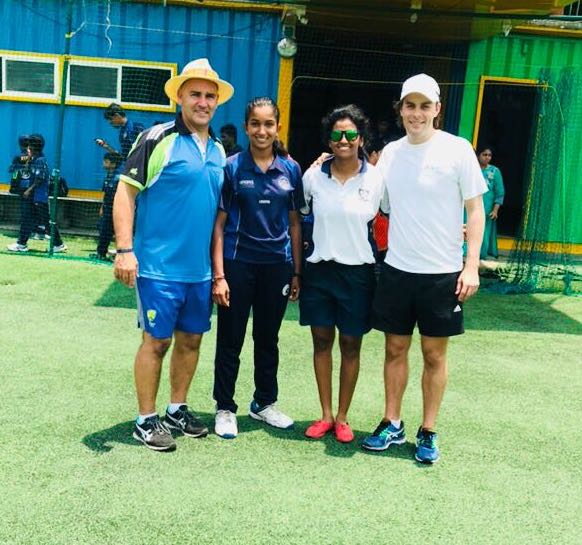 “Cricket. The game itself it’s phenomenal. It’s fantastic because it teaches you a lot of values in life.” – Vanitha VR

Women’s cricket is on the rise around the world. When I was in Bangalore, India a couple of weeks ago, myself and Andrew Walton sat down and spoke to two women cricketers, Vanitha VR and Likhitha VG about their story and the future of women’s cricket.

Vanitha has had some success on the International stage having represented India while Likhitha has lead a domestic team to a title so they both are very good cricketers in their own right.

In this interview we asked: