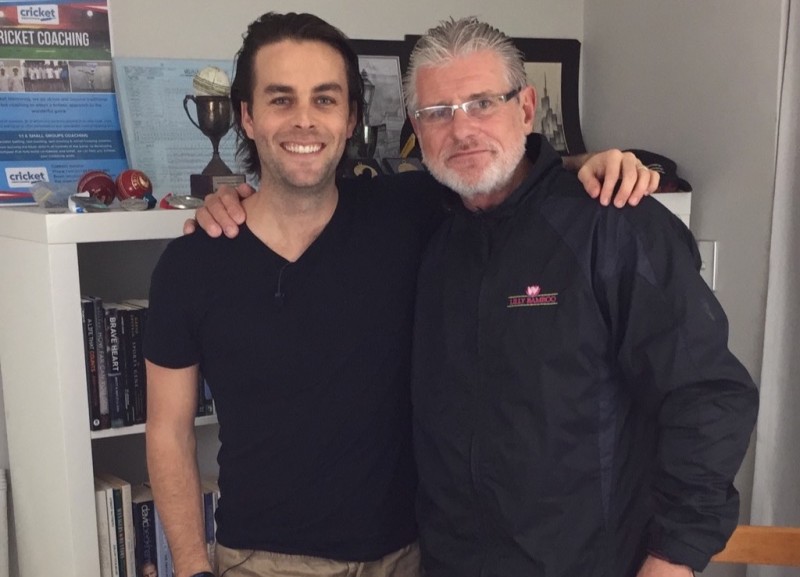 “I don’t have that self-belief…. The more success that I got on the field then I started to believe a bit more in myself but it was very very difficult because I’m not naturally a confident bloke….I was very lucky because I had some wonderful mentors who really pumped my tyres up. They really gave me all the encouragement”

Welcome to this episode with arguably one of England’s finest ever batsman, Robin Smith. Robin, or Judgie as he goes by, had a fantastic career that included scoring over 26,000 First class runs across a huge 426 First-class matches. [To put that into context, as of this interview in June 2018, Steve Smith has played 118 First-class matches, Virat Kohli has played 98 & Joe Root has played 125 matches. That’s more First-Class matches than the three modern great combined…That’s A LOT of cricket!]

Judgie also played 62 Test matches and 71 One Day Internationals and combined scored 6,655 runs with 13 centuries. Before Alex Hales scored 171 against Pakistan 2 years ago, Judgie’s 167 at Edgbaston against Australia in 1993 was the Highest ever ODI score by an English batsmen, a record that stood for 26 years.

After finishing his playing days in England, Judgie moved to Perth where he and his children now reside. He’s in the process of writing an autobiography, is studying a psychology degree, working full time and coaching junior cricketers so he’s certainly busy and active and is loving giving back to the game.

His passion and love for the game and his mates comes through in this interview which I’m sure you’re going to love.