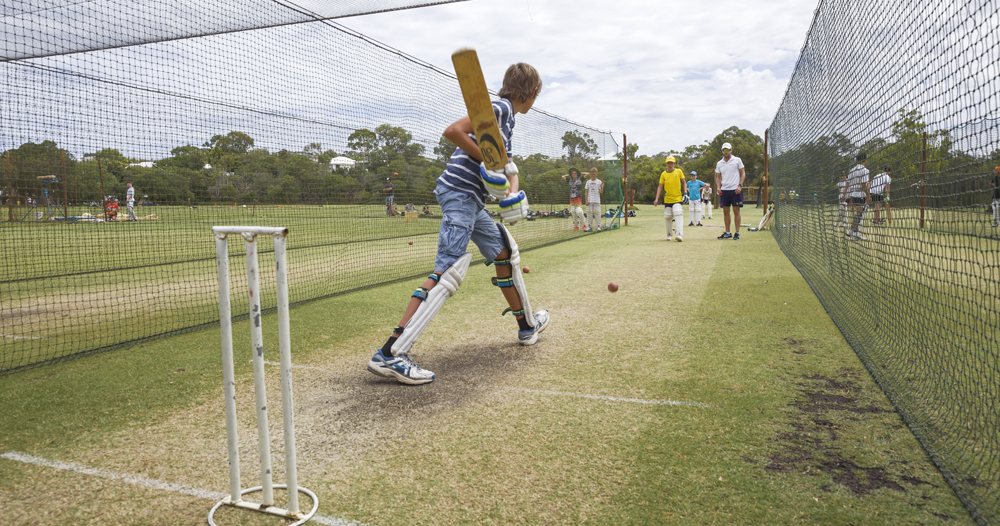 ‘Perfectionism (noun) – Refusal to accept any standard short of perfection’

Last week, 10 minutes into a session with a talented young batter, I asked: “How do you think you’re going?” His answer was something that, as a mentor, I hear all the time. “Ok”, he said. “A bit rusty, but ok.”

I was flicking balls at a good pace and he was playing them comfortably. He was making good decisions, moving well, hitting them cleanly, playing every shot with authority and hadn’t looked like getting out. In my opinion he had been batting exceptionally well. So why was he playing “just ok” or feeling “a bit rusty” in his own mind?

His review of himself caused me to recall a time a few months ago, during a practice session of my own when I had been equally critical of myself. During that session I had set up a camera and filmed myself having my hit. I was practicing with a couple of teammates – one was flicking at good pace from about 18 yards while the other was a first grade quick. Both were using new balls and it was a difficult turf wicket. Throughout the session I remember having thoughts and getting the feeling that I was playing “just ok”. I certainly didn’t ‘feel’ amazing and this made me a bit down on myself.

I’ve worked hard on my mindset over the past 18-24 months and try to play and train with a non-judgemental attitude towards my game. I try to keep batting as simple as possible and not be critical of myself. I know that at times I’m going to make mistakes, so when I do, I accept it, try to understand what happened, learn from it and then move on very quickly with the hope that next time I’m confronted with the same situation, I won’t make the same mistake.

On this particular occasion I finished my hit and remember leaving the net thinking I hadn’t played very well. I’d been doing my best not to let negative thoughts take over, however, as every player knows, you get a ‘feel’ for how you’ve played.

Upon reviewing the video footage of the session later that day, I was pleasantly surprised and quite shocked at what I saw. In the video footage it looked like I had batted well. While there were a couple of shanks and the odd play and miss, I was getting it good positions and most of the shots had come out of the middle. I was pleasantly surprised and impressed with how it appeared I had played.

As a player I understand how hard it can be to get your mindset right and as I reviewed the footage it made me even more curious about how our minds work and why we think what we think. Human brains are incredibly complex and powerful and although they are our central control system, they can be difficult to understand.

As cricketers and indeed anyone who seeks to succeed, we are usually our own harshest critics. We often focus on one or two negative moments even though there are usually many many more positives to outweigh the negatives.

This brings me back to the coaching session I had with the young (17-year-old district) batsman last week. After hearing his analysis that he was only playing ‘ok’, I recounted the story of watching myself on the video and what it had reminded me about a successful mindset. Here’s what I said to him…

“As a batter we know what our best shot feels like. We know how good it feels to hit our best cover drive, cut shot or pull shot. So whenever we don’t hit our very best shot we feel like it’s not as good as it could or should have been. If we’re seeking perfection then this makes us feel like we’re not playing as well as we know we can. This then creates a feeling that we’re only playing ‘ok’ when the reality is that we’re playing well. Even striking the ball at 85-90% of our very best is still good.”

I’ve come across a lot of cricketers who strive to be perfect. While it’s great to set high standards for ourselves, players who strive for perfection often judge their self-worth based largely on their ability to achieve those exceptionally high standards.

One shanked drive or inside edge (batters), or one half-volley or ball on leg stump (bowlers) and a perfectionist feels like a failure for not reaching the (possibly unachievable) standards they expect. This kind of pressure is likely to cause them to feel constantly on edge, tense, and stressed out and over time makes them believe that they aren’t good enough as they didn’t perform to their ‘perfect’ standard.

According to the Centre for Clinical Interventions, the excessive drive to achieve ever-higher levels of performance is self-defeating as it limits a person’s development and leaves little chance of meeting your goals and feeling good about yourself. This setting of ‘perfect’ standards causes players to experience negative consequences yet they continue to chase such standards despite the detriment it has to their game and the way they perceive themselves.

I’ve seen numerous training sessions and players performances in matches ruined in an instance by one mistake. Usually, after starting their session well, the pursuit of perfection cuts them down and they aren’t able to let go of the feeling of failure if they’ve made a mistake. 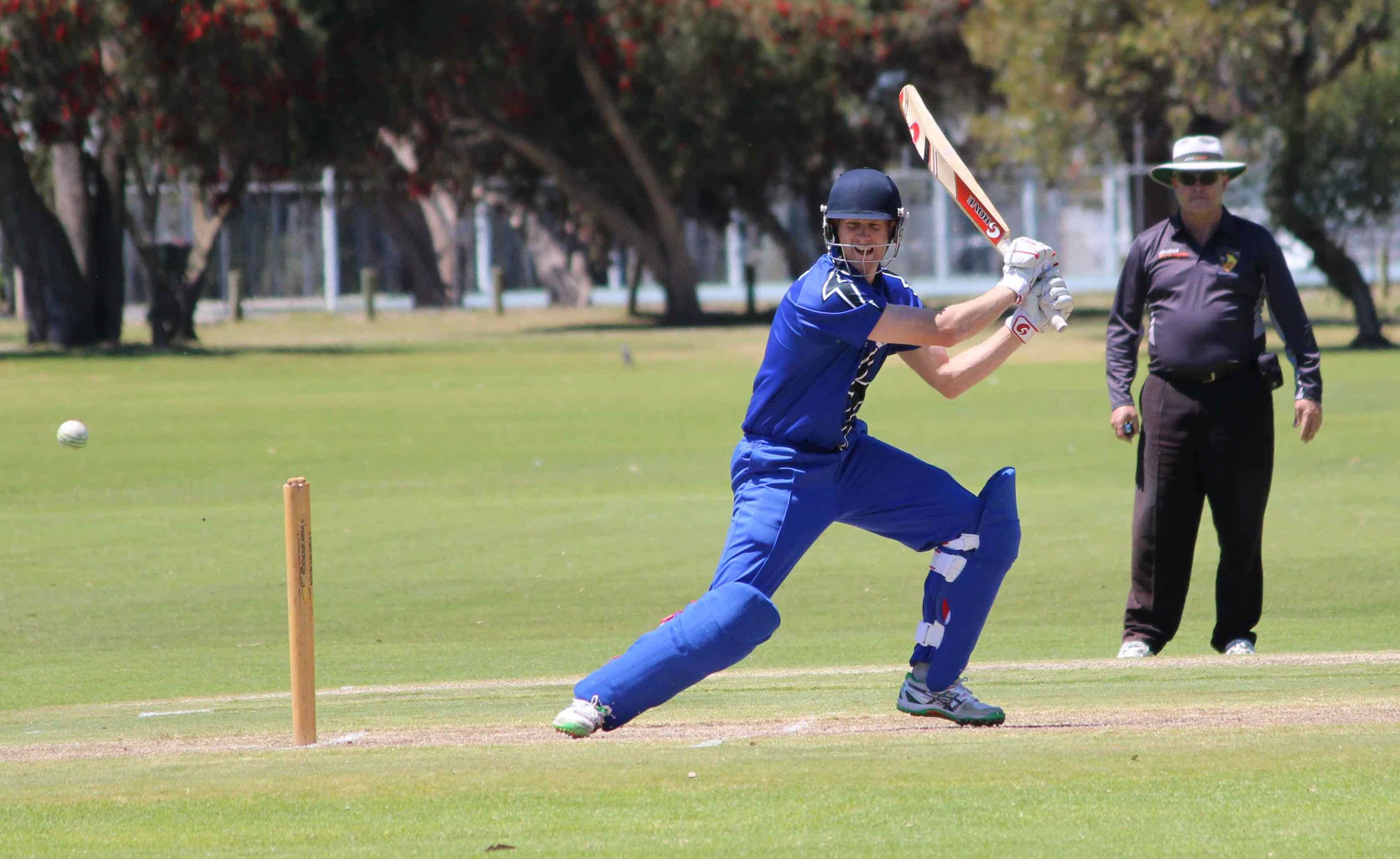 Former Australian batsman Adam Voges is an elite player who is extremely effective, not perfect

As a mentor, I encourage all the players I work with to find a way to be effective, not perfect. No cricketer (or person for that matter) is perfect, yet some compare every shot to what they think is perfection. Most of the time they fall short of their expectations which creates a negative feeling and causes them to temporarily lose confidence in themselves. Over time this temporary loss of confidence can become permanent as they are constantly coming up short of their own demanding standards.

Now I am certainly not saying that players shouldn’t set high standards for themselves or strive for excellence. I encourage all the players I mentor to set an extremely high vision for themselves. I tell them to think big and not be restrained by other people’s limiting beliefs or thoughts that they aren’t good enough. It’s also my job to make sure they set very high standards and I demand they challenge themselves to get out of their comfort zone and be the best they can be every session.

But I also ask that you be kind to yourself. Cricket is a tough art and as I’ve said many times before it is a game that is won or lost in the mind of a player. Confidence is something that is fragile and needs to be nurtured and bullying yourself for a bad shot or one mistake only makes it harder for you to perform well.

Being effective means finding a way to succeed. Throughout your career there will be countless times where you don’t ‘feel’ great or aren’t playing as well as you’d like. The best players are able to FIND A WAY to stay in and score runs even if they aren’t hitting the ball at their absolute best.

Having played with and spoken to some of the world’s most elite players, it is clear that even they aren’t perfect and don’t try to be. Their strength comes in their ability to accept mistakes, learn from them and move on quickly. The best players practice extremely hard to minimise their mistakes but also know that mistakes are always going to be a part of the game and therefore aren’t fazed by making them. They want to be effective in all conditions and situations and seek improvement not perfection.

So my advice for all young cricketers or sportsman for that matter is to strive for your highest standard every session but also go easy on yourself. If you’re not executing the perfect shot every ball don’t let that perfectionism voice make you feel like you’re not playing well. Cricket is hard enough without your perfect self telling you you’re not playing well. Mistakes are a part of everyone’s learning and development so embrace them. Aim to learn and improve every session and find a way to get the job done, not be perfect. 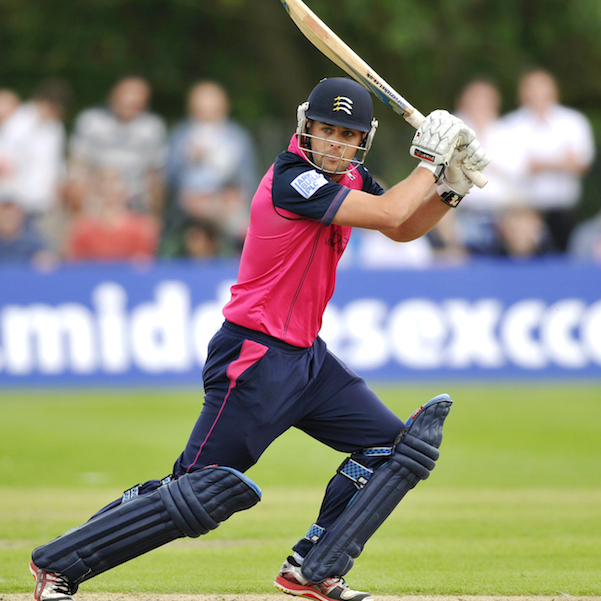 About the writer: I founded Cricket Mentoring as I believe there isn’t enough emphasis put on understanding the mental side of the game. Our articles aim to help cricketers from anywhere in the world learn more about what’s required to become your best – in cricket and life in general. As a former professional cricketer with Middlesex CCC (2010-2012) I’ve played with and against some of the world’s best players and worked with some elite coaches. I’m a Cricket Australia Level 2 coach and through my own personal experiences, practice and a hunger to always learn, I’ve developed and continue to refine my principles and philosophies on the great game.

If you enjoy our thoughts and insight into the game then please Subscribe to get our articles straight to your inbox.