Why it’s never been easier to be the best 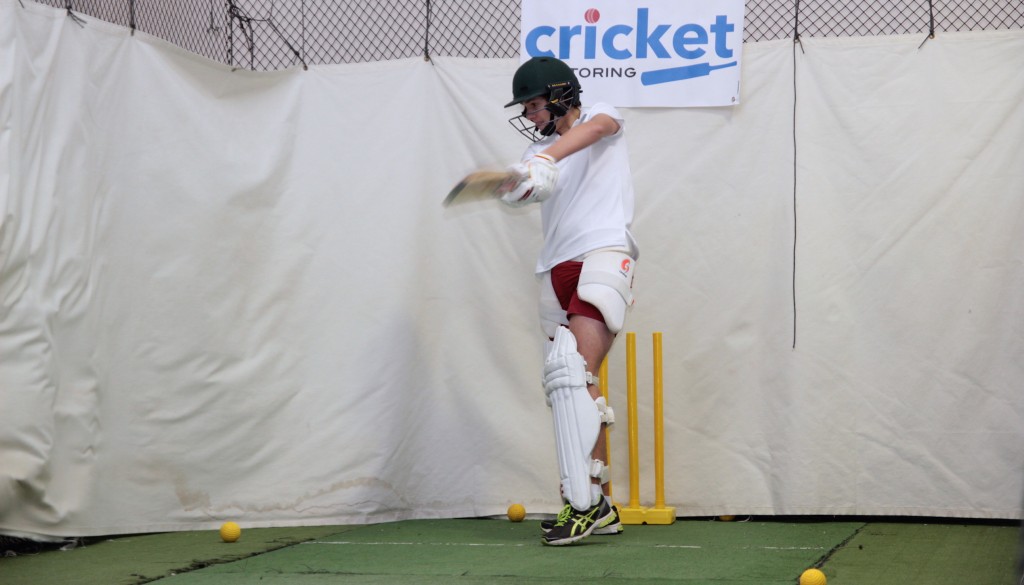 Attention aspiring cricketers! This is a message to you.

A SNAPSHOT OF TODAY’S YOUTH

Earlier this week I had a lesson with an aspiring and talented young cricketer. School holidays have just come to an end in Perth and when I asked him how his holidays had been, his father said that he’d been a handful as he was far too interested in girls. “He’s on heat at the moment” were his words. Now as a 15 year old, who is probably just becoming interested in the opposite sex, who can blame him! However, I then asked if he’d done any cricket practice since our last 45-minute lesson the week before. To which he replied, he hadn’t.

We have one weekly 45-minute session that his father pays for and to his credit, he has improved a lot since we first started 10 weeks ago. He is a fast learner and asks good questions, which mixed with his natural ability and good hand eye coordination make his potential unlimited. He could be very good if he truly wanted to be.

However, since the time our lesson ended last week to the time he walked into his lesson this week there had been 10,035 minutes (10,080 minutes in a week minus 45 minutes as he started 45 minutes earlier than he ended). Of that time let’s assume he slept 8 hours a night which equals 3,360 minutes sleeping a week. So that leaves him with 6,675 minutes awake to do whatever he liked from the time our session ended to the time he came in the following week. And he didn’t spend a single minute on improving his cricket. Yet he was frustrated that he was making a number of mistakes in his session.

When I was a younger all I wanted to do was play cricket at the highest level. As a teenager living in Alice Springs, I tried to play as much cricket as I could and would practice almost every day all year round. To make this happen I would phone a number of other kids the night before and ask them if they wanted to go to the nets the next day after school and usually I would practice with a different person each week as no one else was a committed as I was.

One particular year, when I was 15, I spent my 4-week winter holidays (June/ July) in Darwin, away from my family, playing & training as much as I could while also doing work experience with the Northern Territory Cricket Association. Due to the climate in Darwin, their season is the opposite to the Australian summer and therefore allowed me to play lots of cricket in my off season. I trained every day for the months leading up to the mid-year carnival and then continued to practice when I returned in the lead up to the next season. The following year I spent a full 6 months in Darwin playing the season with the Northern Territory Institute of Sport and looking back I realise how fortunate I was to have very supportive parents and the opportunity to play all year round. There also wasn’t the distractions that the current teenagers face in their lives.

Smart phones, social media, Netflix, play stations, smart TV’s, Pokémon Go etc. have all made the environment that we live in extremely distracting. All these things take our attention and focus away from what we want to achieve, often without even realising it. I bet most of you can’t even read to the end of this article without being distracted by your phone or another tab you’ve got open.

Another very talented young player told me a while ago, during a previous school holidays that he had spent his holidays chasing after Pokémon Go. Again, he hadn’t done any extra cricket practice outside our weekly sessions.

USING DISTRACTING DEVICES TO YOUR ADVANTAGE

While smartphones, social media & smart TV’s can be hugely distracting, they can also be extremely beneficial if used in the right way.

A few weeks ago I caught up with one of the young players (14 year old) I mentor who broke his foot while playing footy early in the winter. He has been in a moon boot for the past 2 months and therefore unable to do any physical skills practice. Instead of letting that worry him, he decided to work on his mindset and mental skills while continuing to be a student of the game. At our catch up, in a cafe, he pulled out his laptop and showed me some footage from the ICC champion’s trophy. The specific clips were slow motion examples of Joe Root and Kane Williamson playing good balls down to third man to rotate the strike with one of the TV experts analysing how they did it. The young player said he’d been studying it so that when he was fit to start practicing again he could try and bring those skills into his own game. I think is a brilliant example of how young players can use these distracting devices to their advantage if they do truly want to become the best.

It’s never been easier to gain the advice and coaching you need. The improvement of the internet and smart devices makes finding the best coaches and mentors easier than ever, they are only a few clicks of a button away.

When I was a teenager growing up in Alice Springs, there was no Youtube, Facebook or Instagram to learn from. For most of the year, I was restricted to the few coaches that were in Alice, but did get access to a bit more coaching in Darwin when I went there as part of the NTIS or an underage representative team. The stark difference between then and now is back then I had to be physically with the coach in order to learn from them, which is certainly not the case anymore. 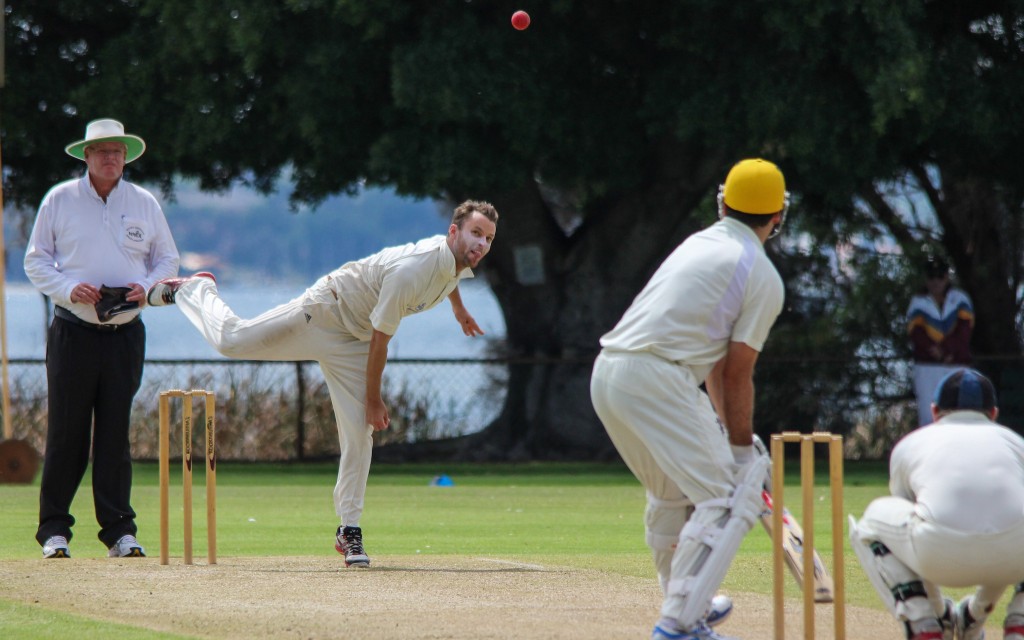 IT DOESN’T MATTER WHERE YOU LIVE

In August last year, I received an email from the father of a keen 14 year old leg spinner from Hertfordshire in UK. Having come across Cricket Mentoring, the father saw that we have a very experienced leg-spinner, Ryan James as one of our mentors. Being an experienced coach himself (ECB level 2), the father of the young leggie understands that cricket is 90% mental and therefore thought outside the box in engaging Ryan to mentor his son. His first email read:

He wants to be the best. But there are no specialist leg spin coaches around (even for County) and I am no leg spinner plus of course  – I’m his Dad! He won’t listen to me! You can imagine why I think a leg spinner of Ryan’s calibre might be able to help and support Andy, especially as I feel 90% of his difficulties are mental (as they so often are in cricket). If you could let me know how we might approach this (a monthly subscription to exchange videos, ideas, advice etc?). Would be happy to take some video of Andy bowling and send to you maybe?

Since the initial contact, Ryan and Andy speak regularly about Andy’s cricket. They discuss Andy’s previous matches and his mindset. They discuss what he did well and what he can improve or learn from. They discuss his game plans, field settings and managing expectations. All these things that can be done via video calls just as if the coach/ mentor was in the same place as the player.

As a young leggie growing up in Darwin, Ryan didn’t have anyone who’d been through what he was going through, no one to discuss his mindset and help overcome his struggles. He has no doubt that having a mentor (like what he is now for Andy) when he was a teenager and young adult learning his trade would have helped him enormously.

Our aim at Cricket Mentoring is to help serious cricketers from around the world become the best they can be. No longer do you have to be bound by your location to get coaching and mentoring from elite level players/coaches. We’re currently mentoring cricketers on a 1 on 1 basis of different ages from all parts of the world. While their ages and stages of their careers differ, the one thing that is constant is they are serious about becoming the best they can be and are willing to do whatever it takes.

WE ALL WANT TO BE AS GOOD AS STEVE SMITH

When speaking to Keeno (Simon Keen), a former Australian under 19s captain and now a coach and one of our head mentors, about young players these days, he said how a lot of young players have unrealistic expectations and want immediate success and results. “They do one forty-five minute lesson a week and they want to be Steve Smith. They don’t understand how much work and practice is needed to get to that level. I know first-hand how hard Steve worked as a junior and how hard he continues to work to improve his game.” As someone who captained Smith at an underage level and has seen him progress from up close, Simon knows how much time and effort Smith has put into becoming the world’s best batsman.

Having played representative cricket against a young Smith, I’ve since met him a few times and spoken to our mutual friends about him, I know that he used to practice for a minimum of 40 minutes every day with his father.

Some of you may have heard of the 10,000 hours ‘rule’ made famous by author Malcolm Gladwell. For those that haven’t, it states that it takes 10,000 hours of deliberate practice to master any skill. While this theory has been called false by other researchers, all studies and research states that mastery (becoming the best at something) requires huge amounts of deliberate practice. While it may not be exactly 10,000 hours (which equates to roughly 90 minutes a day for 20 years) it’s obvious that to become the best, you need to be constantly practicing and improving yourself. One 45-minute session a week isn’t going to bring you the success you think it should!

Ultimately it comes down to your choices.

How good you become and the success you have will be a direct result of all the choices that you make throughout your life.

There are hundreds of thousands of aspiring cricketers the same age across the world. I guarantee you that the ones that end up the most successful are the ones that make good choices every day that take them closer to their goals not distract them from them.

Be a leader and make choices based on what’s best for you. Not what others are doing or what’s cool (Go to the nets instead of the shopping centre…).

QUESTIONS FOR YOU TO ANSWER (BE HONEST WITH YOURSELF)

SO HERE’S HOW YOU CAN BE THE BEST

In the distracted world that we live in, if over a long period of time you can:

It’s never been easier to be the best, there is far less competition as everyone else has become more distracted.

**Names of young players were changed for privacy reasons** 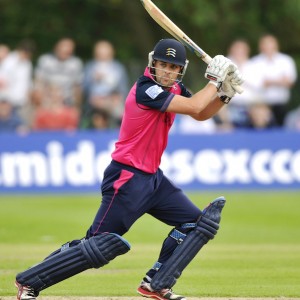 About the writer: I founded Cricket Mentoring as I believe there isn’t enough emphasis put on understanding the mental side of the game. Our articles aim to help cricketers from anywhere in the world learn more about what’s required to become your best – in cricket and life in general. As a former professional cricketer with Middlesex CCC (2010-2012) I’ve played with and against some of the world’s best players and worked with some elite coaches. I’m a Cricket Australia Level 2 coach and through my own personal experiences, practice and a hunger to always learn, I’ve developed and continue to refine my principles and philosophies on the great game.