Australian cricketer Josh Philippe has been an ambassador of ours for the passed couple of years. In this time he has played some incredible cricket and made the Team of the Tournament both seasons and won the official Player of the Tournament in the most recent Big Bash (we aren’t taking all the credit for this, only some). In this time, Flip has also become a good friends of ours, with Scolls playing a mentoring role for Flip away from the cricket field. In a recent article published on cricket.com.au, ‘Philippe’s fearlessness born of an empty wallet‘ that highlighted a bit f Flips’ journey, he spoke about how Scolls and former Australian Test opener, and current Victorian head coach, Chris Rogers, helped develop his mindset via group online coaching during last off season.  Flip was a part of a group that included other professional cricketers Jake Weatherald (SA & Adelaide Strikers), Jack Edwards (NSW & Sydney Sixers), Nathan McSweeney (QLD) & Jono Merlo (VIC) who did our Building Champions Online Program during the COVID-19 lockdowns.

The screenshot below highlights the part of the article where Scolls is referenced [click here to read the full article]. 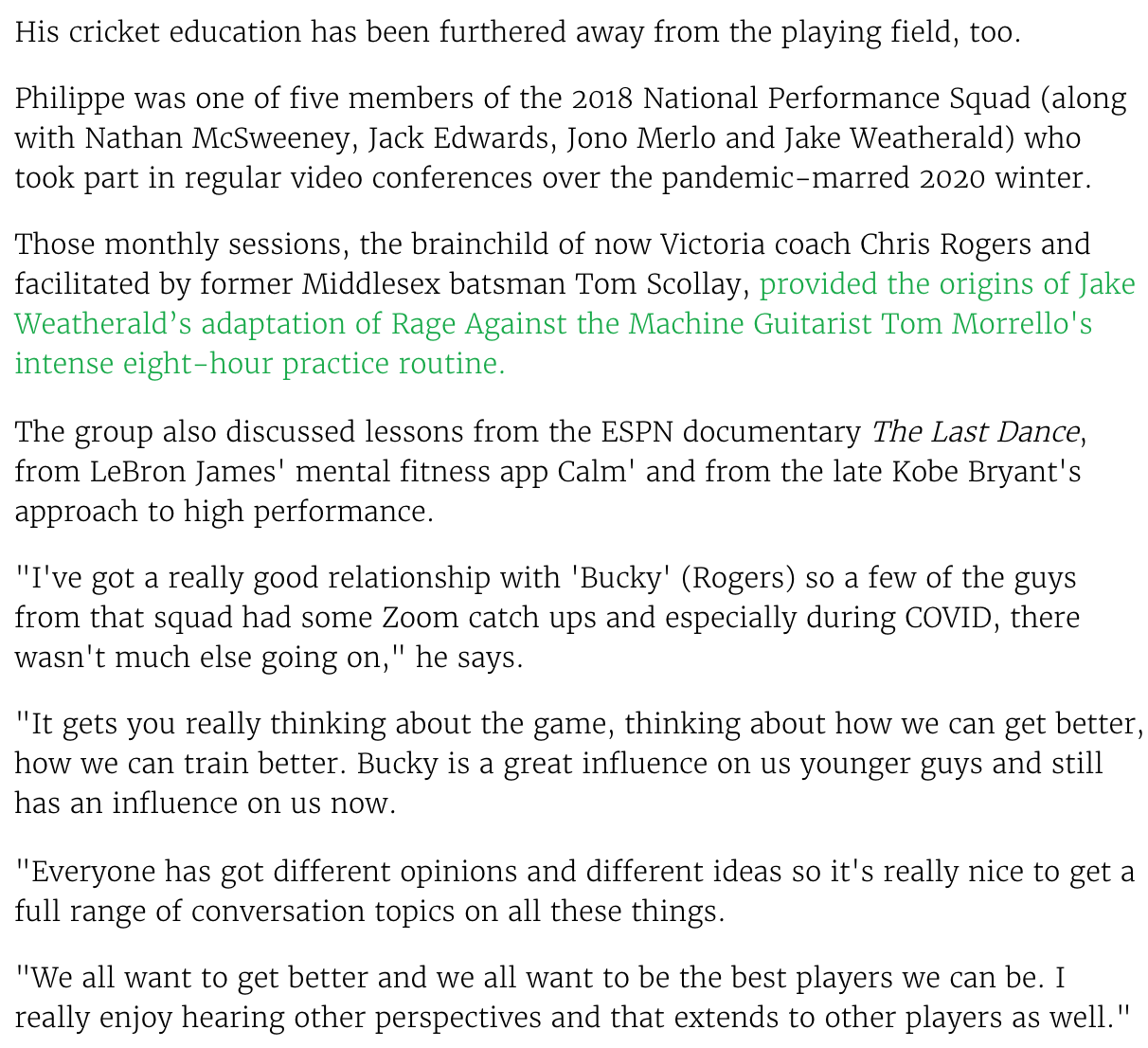